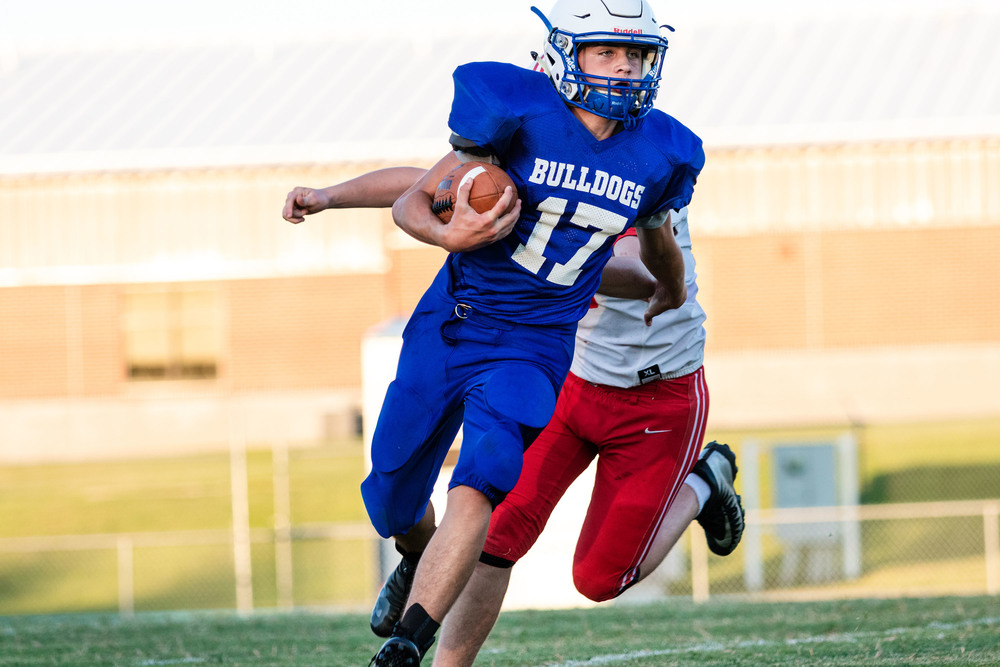 An inauspicious start doomed the Bald Knob Junior High Bulldogs in its opening game of the 2019 football season. After falling behind 22-0, Bald Knob managed to evade a shutout against Harding Academy with a 2nd-half touchdown run; however, the damage was too much to recover from, falling 30-6.

The 7th-grade Bulldogs, too, dug itself an early hole. Despite giving up an opening drive score, Bald Knob's defense stood firm for the remainder of the contest. A late 2nd-half score pulled the team within one touchdown of the Wildcats before time ultimately ran out.

Both teams have a bye next week and look to bounce back in two weeks at Newport.