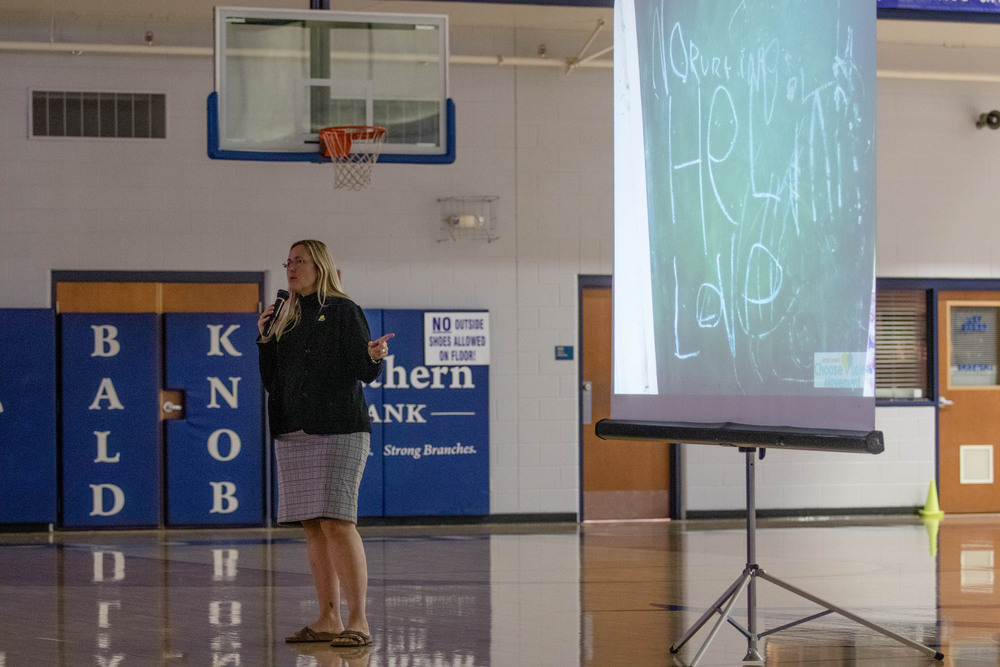 When Scarlett Lewis found those words (Nuturing, Healing, and Love) on her kitchen chalkboard, she realized it was her mission to carry on her late son's message to the world. Jesse, a 1st grader at Sandy Hook Elementary School, heroically lost his life in a school shooting in December of 2012. In the final moments before his tragic death, Jesse saved the life of six classmates by imploring his friends to run from the intruder.

The Choose Love Movement has been implemented in over 80 countries and all fifty states. Bald Knob was honored to have Ms. Lewis as its guest and looks forward to answering her challenge of educating and encouraging individuals to choose loving thoughts over angry thoughts.