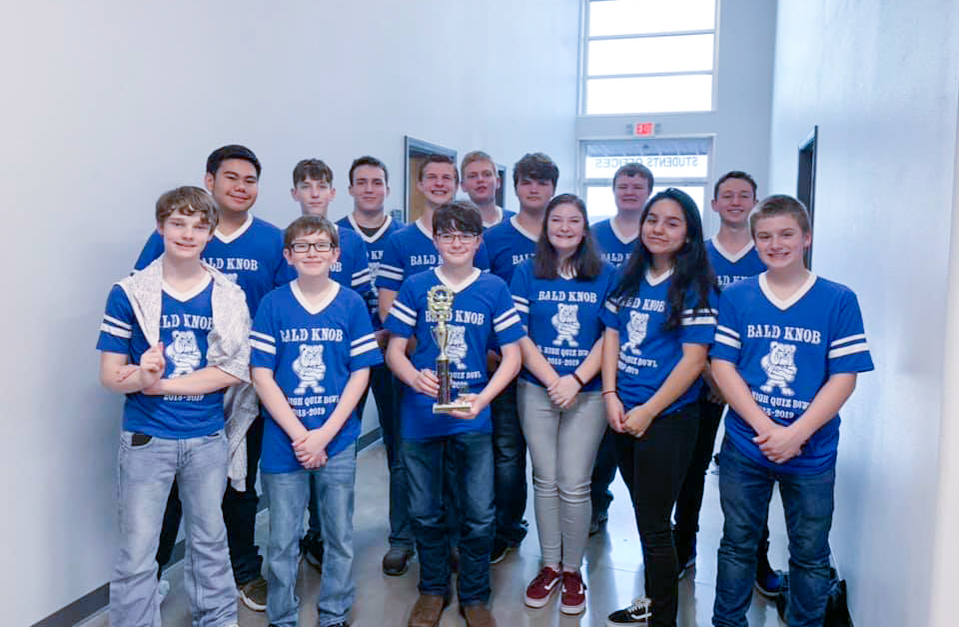 After months of competitive practices, studying, and tournaments, the Bald Knob Junior High Quiz Bowl team concluded its 2019 season on Saturday at the State Tournament. The team was seeded third heading into that competition. Despite an undefeated record at the Regional Tournament, the team was third due to an average score, tie-breaking procedure. The team also had success at the State Tournament, advancing to bracket play. Freshman Travis Kersey made the All-Star Tournament Team, a honor bestowed upon students who answer an average of 5 toss-up questions per game. "I am very proud of this team. They were bumped up to 4A this year because of our football classification. They were playing all new teams in a whole new conference," said head coach Ms. Tiffany O'Dell. "They worked hard all year because they knew it wouldn't be easy. They played well and did everything they were supposed to do. Bald Knob should be proud of these kids because they showed pride, achievement and integrity to the other teams and coaches. Many coaches complemented them about how much they know and how well they play."