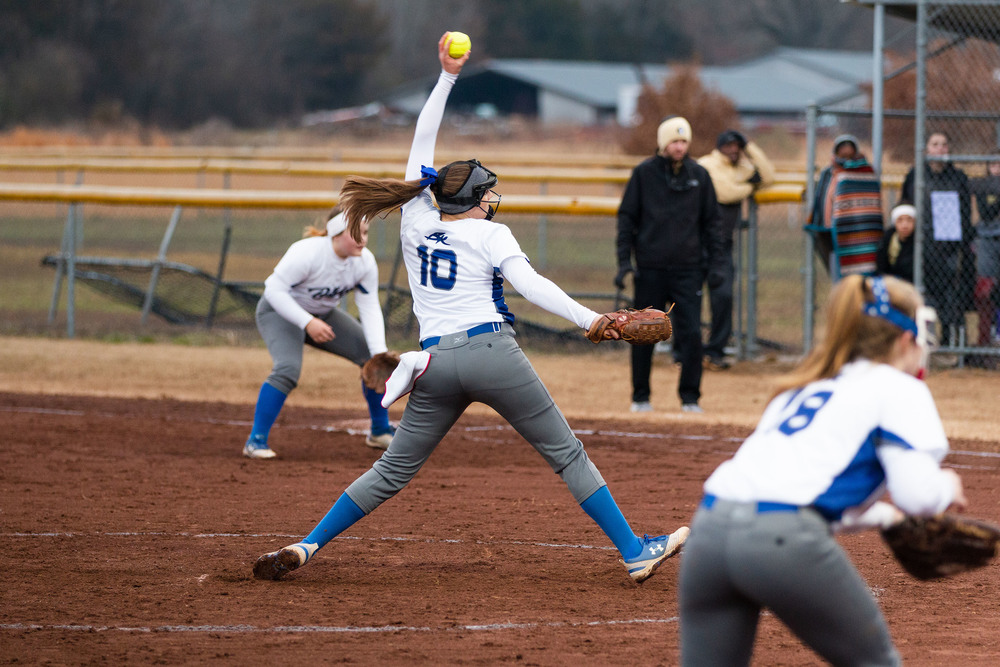 The Lady Bulldog softball team braved the rain, wind, and competition at its first tournament of the season--the Lady Panther Invitational Tournament at Clarksville. In its opening game versus Sylvan Hills, senior Kinlee Varnell took the first pitch of the contest and blasted a solo home run. Bald Knob never looked back, defeating the Bears 5-0. Despite falling behind 6-0 in the opening frame, Bald Knob chipped away in its second game against Pottsville, the 2018 4A State Runners-Up. The senior duo of Madi Pierce and Grace Pickens picked up a 2-run RBI double and RBI infield single, respectively, to clinch an 8-7 win. A pitcher's duel ensued on Saturday, as freshman Madyson Shoebottom sparkled in her first career no-hitter. Bald Knob's offense rallied in extra time, as the Lady Bulldogs defeated Paris 4-1 in extra innings to clinch a spot in the championship game. In the finale, the aforementioned Varnell and fellow classmate Rylee Curd combined for 1-hit, shutout performance in the circle while Anna Bradley's home run help to secure a 7-0 championship performance.