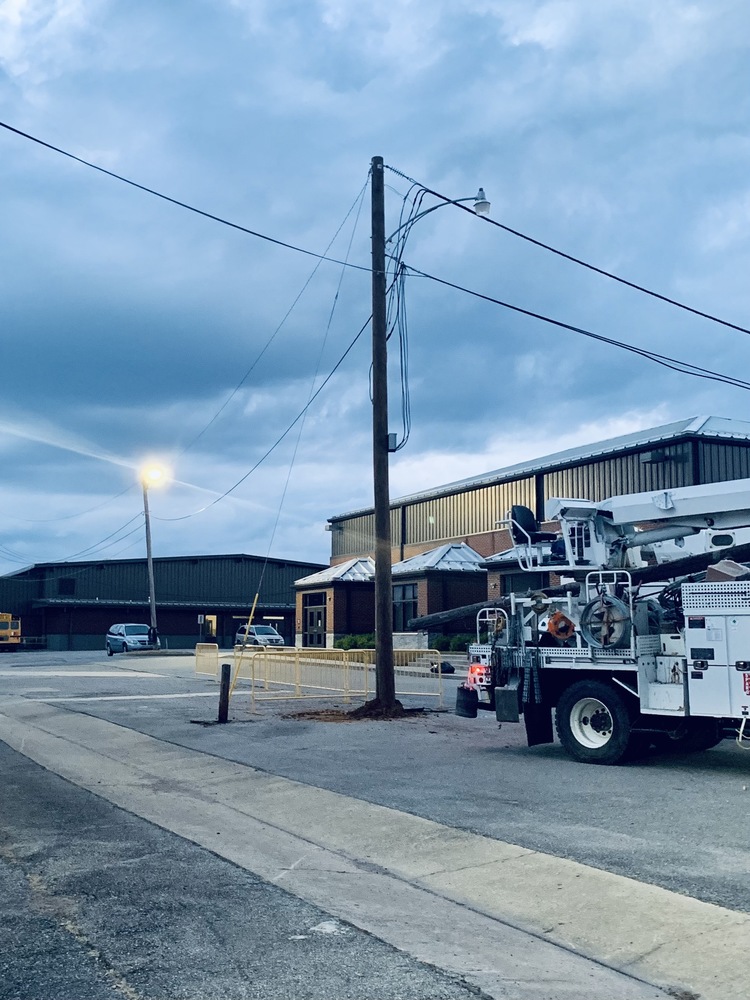 In response, the district took immediate corrective action. Entergy responded immediately and replaced the previous service pole with a taller pole that will allow for greater clearance from aerial lines. Additionally, Delk Construction rehung fallen fibers and cabling. The Bald Knob School Board and Administration extend many thanks to both Entergy and Delk.